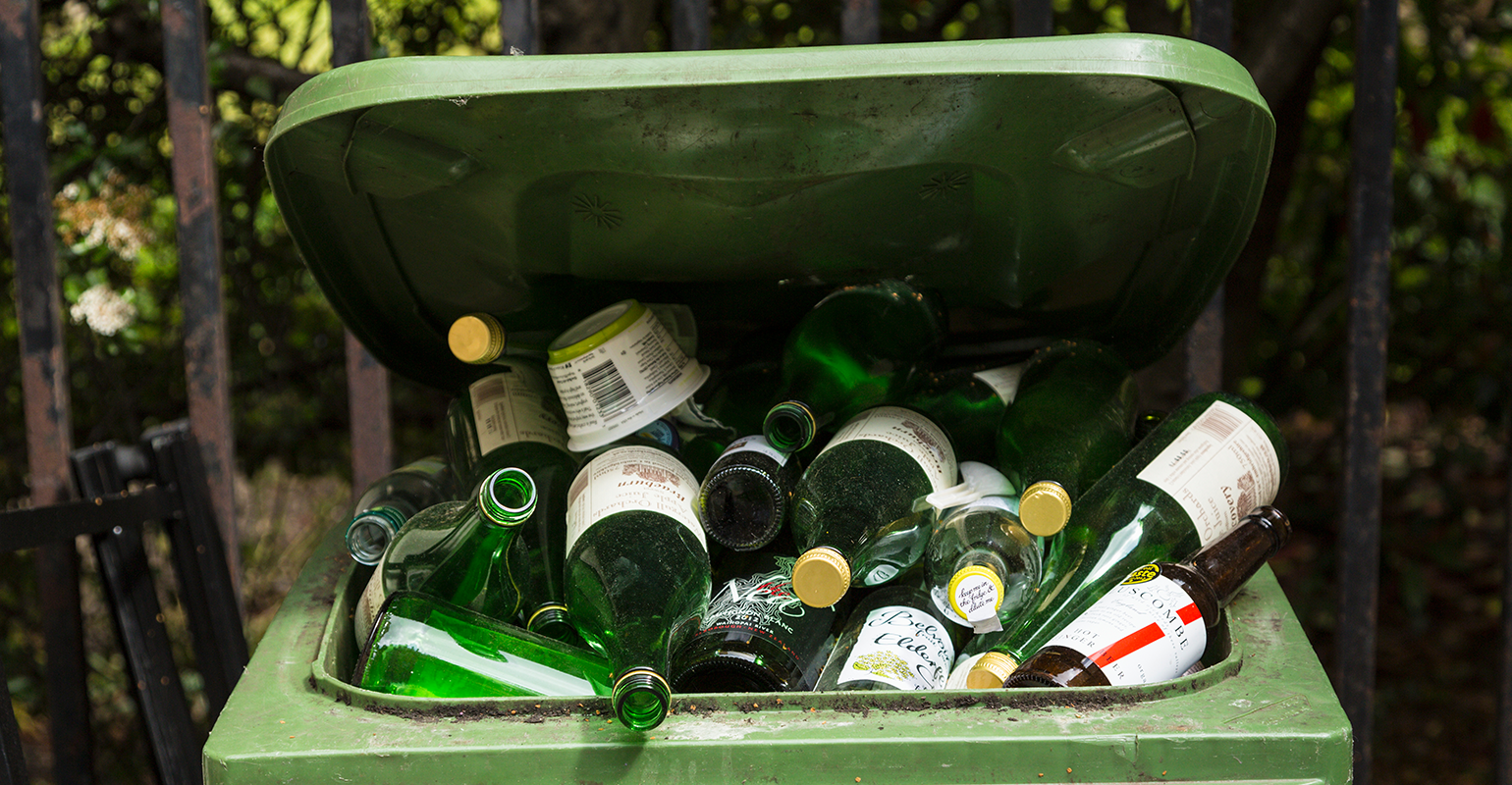 The Maryland Recycling Network (formerly the Maryland Recycling Coalition) has been around for over 30 years. Its executive director, Peter Houstle, tells stories of the organisation, its people and their work. Some highlights are past legislative work and what’s in store for 2023 [Extended Producer Responsibility (EPR) for packaging and e-cycling, paint stewardship, and environmental justice are among focus areas]. And Houstle explains why MRN just celebrated its 30th birthdayth anniversary, this year, at the age of 31.

Waste360: Tell us about the founding year of the Maryland Recycling Network and the first few years after.

MRC has sought to become the voice of recycling in Maryland by educating local businesses, the public and state legislators about the quality of recycled products and promoting recycling as an economic opportunity.

The founding group, with Amy Burdick as its chair, invited individuals from across the state representing all constituencies in the recycling community to form an interim board of directors and lay the groundwork for the organization.

1991/1992 – Provides testimony as MRC to Maryland Legislature for first time.

1992/93 – Presents the first Maryland Recyclers Coalition Awards at the 1992 Maryland Annual Recycling Conference. The association then assumed full responsibility for the conference in 1993.

In the years that have followed to date, we have built an online presence via Twitter and LinkedIn, as well as a website offering a variety of industry news and resources; hosted the first annual joint conference with SWANA Mid-Atlantic Chapter; reorganized as the Maryland Recycling Network; and lastly, last year it celebrated its 30th anniversary.

Waste360: What were a couple of your first projects?

Hustle: The main objective of MRC since its conception has been the promotion of recycling, especially on the legislative front. One of the initial tasks of the newly formed Legislative and Policy Committee was to review the Maryland Recycling Act of 1988 and develop recommendations for additional regulations to implement it. The Committee will also focus on developing recommendations for other general money laundering laws for 1991 and 1992.

Waste360: What else can you say about your policy work?

Hustle: Over the past decade, the MRN has become more involved in legislative matters. The success of existing curbside and abandonment programs, along with advances in food waste recovery, were made possible by legislation supported by the MRN, including the revitalization of Maryland’s Recycling Market Development Program and the recovery of organic products. The MRN is actively engaged in legislation involving labeling, updating the state’s electronics EPR law, ultimately securing the passage of a paint EPR law, and ensuring that a packaging EPR law fits the unique Maryland county and local government recycling system.

Waste360: What was the state of recycling in Maryland when MRN was born?

Curbside recycling was limited, and existing programs were mostly curbside sorting. Acceptable materials may be limited to newspapers, plastic bottles, n. 1 and no. 2, clear glass and metal cans.

Many jurisdictions still relied on extensive networks of reception centers.

The organics programs were limited to construction site waste collection sites, typically at a jurisdiction’s landfill site. Many counties have promoted “leave it on the lawn” when mowing, using mulching mowers. This has greatly reduced the need to compost or dispose of grass.

Waste360: How does Maryland’s past landscape compare to what was happening in other parts of the country?

Hustle: Maryland was a little ahead of most of the US Maryland is a small state with limited land suitable for landfills. As a result, its communities were early adopters of recycling centers and curbside collection.

Recycling centers have sprung up across the state in response to a strong public desire. In larger, urban areas, this has led to a rapid expansion of outdoor collection programs. Curbside is widespread in urban and suburban Maryland and is commonly found in smaller cities. Rural areas across the state have access to recycling centers.

Three Maryland counties have agreed to build their own Material Recovery Facilities (MRFs). Publicly owned MRFs are unusual among US states.

Recycling programs also have access to three privately owned and operated MRF and treatment facilities in Delaware and Virginia.

Waste360: How have you adapted to changing markets and flows?

Hustle: With the decline of print media and the rise of plastic packaging, Maryland’s recycling programs have learned to adapt to an ever-changing ton. Greater emphasis is placed on organic products, especially food waste. State legislation requires large generators to send their food waste to composting or anaerobic digestion (AD) facilities. Two counties operate food composting plants, and more are on the way. Additionally, a new AD facility in Jessup, MD is poised to become a major end market for our food waste.

Waste360: What do you think are some of the most noteworthy changes over time?

Hustle: There is more focus on reduction/reuse. This is supported by the US EPA’s National Recycling Strategy, as well as grants for new programs available from the Infrastructure Act.

The emergence of organic products and food waste as the most important components in waste streams and the corresponding attention to these materials in recycling programs.

Less printed paper in the recycling stream due to the influence of digital media… Newspapers used to be the biggest chunk of a curbside recycling scheme.

Waste360: How has Dana Stein’s role as a Maryland delegate come into play with MRN’s work?

Hustle: Dana has been a longtime environmental activist. She started a local recycling group, GrassRoots Recycling, in 1992 and was its president until 1998.

He was first elected to the Maryland House of Delegates in 2006 and currently serves as Vice Chairman of the Environment and Transportation Committee and Chair of the Environment Subcommittee, where he has consistently worked with MRN to advance recycling legislation.

Waste360: What are the MRN legislative goals for the 2023 session?

Hustle: For 2023, we focus on EPR for packaging and e-cycling, paint stewardship, environmental justice, mattress stewardship, post-consumer recycled content, and truth in labeling. We are also working with Delegate Sara Love to explore options for a comprehensive needs assessment and upgrade to the Maryland Recycling Act.

The EPR initiatives for packaging and e-cycling both attempt to put more pressure on manufacturers to make reuse and recyclability key attributes of their products and packaging. There are a number of lawmakers willing to push these efforts forward; however, these and similar bills often encounter strong headwinds from private sector companies (manufacturers and retailers). And EPR by its very nature tends to be complicated with many moving parts and, as a result, many opportunities for legitimate objection from all sides of the conversation. So, we may have some work ahead of us.

Waste360: What’s your annual budget? Where does that money come from? And what did you do with it?

Hustle: Our budget is between $50,000 and $60,000 and comes from dues, donations, registrations, sponsorships, and exhibits.

We have invested in:

Hustle: The pandemic has shut down most in-person events, so October 2021 just wasn’t an option. Additionally, many government agencies have taken time to recover from transportation disruption, staff shortages, and more.

Waste360: How has COVID affected recycling at its peak?

MRN held virtual town halls where recyclers could talk about how their organizations were coping with the disruption, as well as staffing concerns and issues.

Hustle: Programs may vary from county to county. Larger, more densely populated and metropolitan counties (and the city of Baltimore) have long had universal garbage collection and curbside recycling collections. However, many of the more rural jurisdictions in Western Maryland and along the Eastern Bank still rely on collection centers or subscription services.

The geography and demographics of the state create unique challenges. Maryland is a small state, three miles wide at one point and nearly cut in half by the Chesapeake Bay.

Even though the East Coast and Western Maryland are rural, Maryland is the fifth most densely populated state in America. We also have the fourth highest percentage of people living in apartments.

In addition, state law gives counties solid waste and recycling authority, but also allows 153 municipalities to run their own programs as they see fit.

This article has been edited for length.